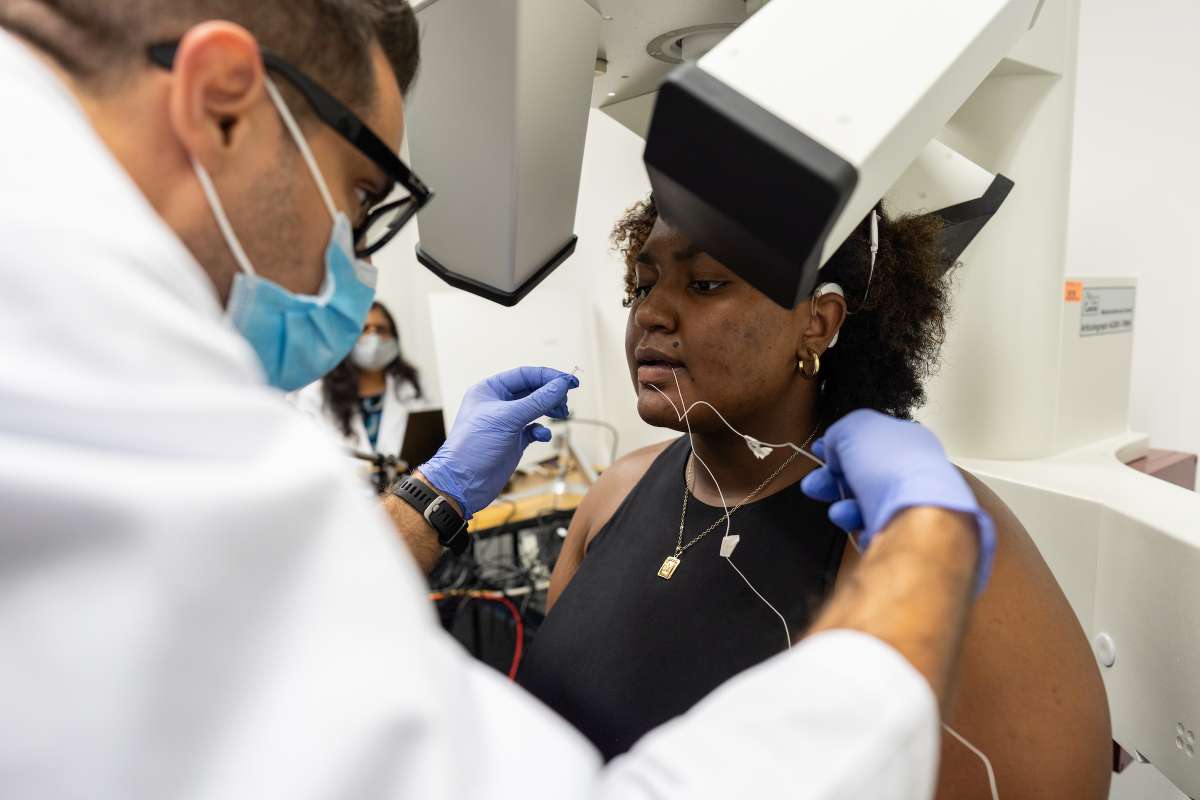 The Laboratory for the study of Cognition, Action, and Perception of Speech (aka CAPS) is part of the Department of Speech, Language, and Hearing Sciences at the University of Florida. We are engaged in multidisciplinary research on the production and perception of speech by humans.

The Laboratory for the study of Cognition, Action, and Perception of Speech (also known as CAPS), led by Dr. Matthew Masapollo, studies the nature and development of human speech production and perception, and the nature of the signal properties that underlie successful speaker to perceiver communication. Our overarching goal is to build an integrated understanding of the physiology, acoustics, and perception of speech in order to develop theoretical models of speech processing and mechanistically driven rehabilitation protocols for those negatively affected by neurodevelopmental disabilities involving speech (e.g., stuttering, autism, and congenital deafness).  Our current research areas focus on the learning of speech in infants and young children, normal speech in adults, and the breakdowns of speech in neurodevelopmental disorders, such as stuttering, congenital deafness, and autism. By combining state-of-the-art functional neuroimaging and electromagnetic articulography with behavioral measures, CAPS is helping to elucidate the governing mechanisms involved in speech motor control and perceptual function.

How do speakers rapidly sequence and coordinate vocal tract movements to impart linguistic structure to the acoustic speech signal? What are the roles of auditory and somatosensory feedback in speech motor sequencing?

How do self-generated auditory and somatosensory feedback signals associated with the motor production of speech influence the concurrent perception of speech?

What perceptual and cognitive processes allow listeners (both adult and infant) to map the input acoustic signal onto phonetic categories? What is the nature of the information that those processes operate on, and how are those processes shaped by the complex interplay between biology and experience?

Our Research Our Publications

The UF CAPS Lab was well represented at the 181st Meeting of the Acoustical Society of America (held at the Hyatt Regency in Seattle, WA).  Most…

A recent CAPS Lab article was selected to appear on the issue cover of JASA-EL!